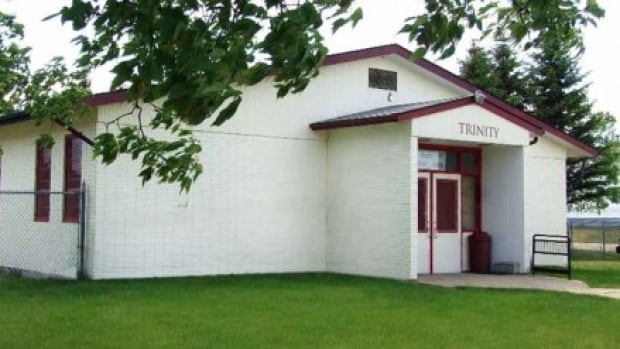 Families of more than 3,500 home-schooled students have found stability after a settlement was reached Thursday between Alberta Education and a private Christian school in northern Alberta.

Under the resolution agreed to in the Court of Queen’s Bench of Grande Prairie, funding was retroactively restored to the Trinity Christian School Association.

In addition, Alberta Education will appoint a financial administrator to oversee the school authority for the next 12 months, or longer if needed. And Trinity’s sister organization, the Wisdom Home Schooling Society of Alberta, will no longer have a governance role or decision-making authority within the Trinity organization.

“We believe this will ultimately be good for all parties,” Justice Minister Kathleen Ganley said at a news conference in Calgary.

She said the deal provides stability for students enrolled in homeschooling and ensures the proper procedures are in place “so everyone can see transparently that the money is going where it should be going”.

On Oct. 25, Alberta Education abruptly shut down Cold Lake-based Trinity, which has received more than $5.6 million in government funding for the current school year.

Trinity has been stripped of its registration and accreditation over allegations of failing to properly oversee its homeschooling program or demonstrate accountability for funding.

Wisdom had ‘no relation’ to the province

An audit found that Trinity directed public funding to Wisdom even though Wisdom had “no relationship” with Alberta Education.

In early November, a judge ruled Trinity could reopen, but without government funding.

Jay Cameron, a Calgary lawyer who represented Trinity in court, said Thursday that resolving the dispute was in the interests of both parties and praised them for making it work.

“It’s huge for families and students because on October 25 they had nowhere to go to school the next day,” Cameron said. “It was a stressful thing that happened to them…they found stability again.”

The judge gave the lesson “quite severely”

Curtis Galbraith, a Big Country and Q99 FM reporter who was in the courtroom on Thursday to hear the resolution, said the case ended quickly. But not before Judge EJ Simpson uttered some scathing words.

“He lectured both sides quite harshly,” Galbraith said.

The judge told the court it seemed like “two reasonable people” could have settled the dispute on their own, rather than going to court at the “taxpayer’s expense”, Galbraith said. Simpson described Trinity’s behavior as “just to himself,” noting that similar issues had arisen as early as 2013, Galbraith said.

Galbraith said the judge also criticized the province for raising the issue of funeral costs, as part of the reason for the funding withdrawal.

“Funeral costs turned out to be 4.47 cents for a condolence card for the family of a deceased teacher,” Galbraith explained.

Retained government funding will be released

Cameron said part of the dispute was due to an agreement put in place in 1997 to accommodate Trinity’s growing homeschool program. At the government’s suggestion, the two parties had agreed that Trinity would operate the homeschooling program through Wisdom.

Under the agreement currently in place, government funding previously withheld from October to December will flow to Trinity by January 10.

Starting in January, all funding will be provided on a monthly basis, the agreement says.

Trinity will continue to be registered and accredited and will operate both the in-school program and the home-schooled program.

All staff will be Trinity employees. All accounting functions will be under the governance of Trinity and all funds will flow through a single Trinity bank account.

The new Financial Administrator will assist Trinity’s Board of Directors in reviewing and revising bylaws and policies and overseeing restructured operations.

“The Alberta government has a right to know how the funds are being used,” Cameron said. “So Trinity has agreed to this and the parties will work together to ensure the school operates properly and in accordance with regulations.”

As part of the agreement, a request by Trinity for a judicial review of the decision to shut down the organization was adjourned.