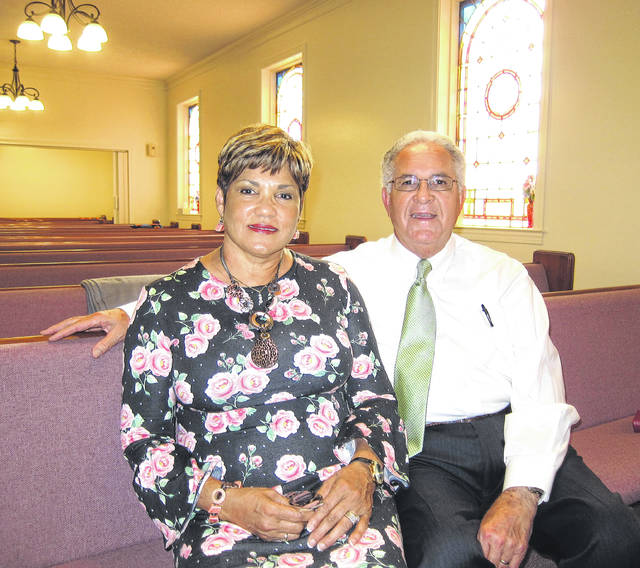 PEMBROKE – Mike Cummings’ retirement after 30 years as head of the influential Burnt Swamp Baptist Association only lasted a few days before he began another phase of his life devoted to the gospels.

Cummings retired on February 28 and returned to the pulpit on the first Sunday in March at Deep Branch Baptist Missionary Church. He couldn’t be happier.

â€œIt’s a lovely little church,â€ Cummings said recently. â€œMy wife and I sing in the choir.

Deep Branch is the final leg of a journey that began with his first church at the age of 19, when he was a student. Cummings had â€œsurrendered to the gospelâ€ as a sophomore at the University of North Carolina at Chapel Hill. In the late 1960s, as other students protested the Vietnam War, Cummings found a separate peace in God’s word that would last a lifetime.

The new Bethel Baptist Church in Clinton looms large in the trip as this is where Cummings has settled in a career as well as Quae, his wife of 48 years. Husband and wife retired hand in hand from the Burnt Swamp Baptist Association, Quae with 40 years of service.

â€œAs director of the Burnt Swamp Baptist Association, I was engrossed in the administrative details,â€ he said. â€œNow I can spend three or four hours in the morning studying and contacting members of the congregation.

” I love that. My first love was pastoral work.

As leader of the 67-strong Burnt Swamp Association, Cummings was â€œfrom pastor to pastors,â€ said Steve Strickland, who replaced him with the association.

â€œI have been here several times to talk, to get advice, wisdom and ideas,â€ Strickland said.

As Cummings described it, Burnt Swamp is “a great fellowship body.” Under his auspices are Native American churches throughout North Carolina and South Carolina and extend to the Lumbee community in Baltimore. The pastors of Burnt Swamp are leaders in the community and historically many of them have been instrumental in building schools in their communities.

In Clinton, Cummings was a highly regarded young man. The congregation sold plates of fried chicken to buy him a car to commute between Chapel Hill and Clinton.

â€œI started out in the ministry as a student pastor of sorts,â€ he said. â€œI grew up in this culture. The church defines our culture.

The road from Chapel Hill to Clinton passed through Campbell College, then a small Baptist school at Buies Creek. He completed his undergraduate studies there in 1974 and graduated from Southeastern Baptist Theological Seminary in 1977.

â€œI really enjoyed the Sampson County community,â€ Cummings said. “It was like a second home, and I thought I would never leave.”

But he left, returning home to pastor Mt. Airy Baptist Church, not far from where he grew up. Cummings is from the community of St. Anna, a short walk from the University of North Carolina at Pembroke. He explained how one of the 12 children of a sharecropper could become a leader of his community and its inhabitants.

â€œLife was about survival back then,â€ Cummings said. â€œDad farmed 20 acres himself and sharecropped a neighbor’s farm.

â€œWe kept gardens, cattle and mules,â€ he said. â€œWhen my dad finally got a tractor, he kept talking to her like he was a mule.

â€œI never got tired of my mother’s cornbread or cookies. “

A successful family, Cummings said, “begins with an uncompromising mother who has kept an eye on the education of her children.”

Education is an ongoing theme in the Cummings family. Both sons received advanced degrees from Ivy League universities. His daughter and Quae graduated from UNCP.

Cummings served Mt. Airy for 10 years, and Quae began working for the Burnt Swamp Baptist Association in 1979. When the director left the association in 1986, Cummings was invited to serve as interim director while continuing his work. at Mt. Airy.

â€œI couldn’t imagine leaving Mount Airy. I have never been a person who is always looking for the next opportunity, â€he said.

With two jobs, “something had to give.”

Cummings had his first experience with the Burnt Swamp Association when an elder took him to a meeting.

â€œThe association meets four times a year,â€ he said. â€œI fell in love with this fraternity and have been deeply involved in it ever since.

While he was interim director, the importance of the association became clear to him. As a leader, one of Cummings’ major accomplishments is the positive relationship between the Burnt Swamp Indian Churches and the North Carolina State Baptist Convention and South Baptist Convention.

â€œWe have moved from the fringes to the inner life of the Convention,â€ Cummings said. “It was a struggle, but they were ready to branch out.”

At the same time, Cummings focused on building the churches in Burnt Swamp. The training of pastors was an important mission and not without challenges and rewards.

â€œMost of our churches are headed by bi-professional pastors,â€ he said. “Our churches struggle with daily pastoral care, and the involvement of the laity in this care is one of the strengths of Indian churches.”

The problem persists for many evangelical congregations everywhere who cannot afford a full time pastor. One of the great strengths of Indian churches, Cummings said, is that they are community and family churches.

This pattern is changing among the Burnt Swamp churches and the churches of the larger Robeson Baptist Association.

â€œOur churches are becoming more and more diverse,â€ he said. â€œIndian alone is not our future. “

Cummings finds this area of â€‹â€‹progress “enchanting”, but some things have not changed.

As a church leader, Cummings managed to combine progress and conservatism with an inward and outward orientation. His work to build native churches in North Carolina has led to awareness of Native American churches in the West.

â€œWe have come to see that the strength of reserve churches is weak,â€ Cummings said. â€œThey are faced with difficult problems, with social struggles. “

The differences between the Eastern and Western churches are striking. East Indians, Cummings said, assimilated early in their history, but West Indians had bad experiences with white culture that spilled over into the gospel.

â€œThe gospel has been piled up in their throats by white people,â€ Cummings said.

In the East, the Indians found “the power of the gospel so powerful that they were able to receive it despite history”.

Cummings thinks that “if the Indians of the West are to be reached, it will have to be by the Indians”.

Life is good in retirement for Cummings. He can lay claim to a remarkable career and he can look forward to the challenges of building a small church in the heart of the community that he has spent his career caring for.

Strickland said Cummings’ retirement would not prevent him from serving the community.

Throughout his ministry, Cummings had the strong support of Quae.

Not only did his wife do a great job welcoming people into the association, but she “kept me on course to do my best,” Cummings said.

â€œIt has been a major base for my whole ministry,â€ he said.

â€œTogether they’ve been a great team,â€ Strickland said. â€œIt’s hard to talk about one without mentioning the other. Both set an excellent example of leadership and ministry to follow. “