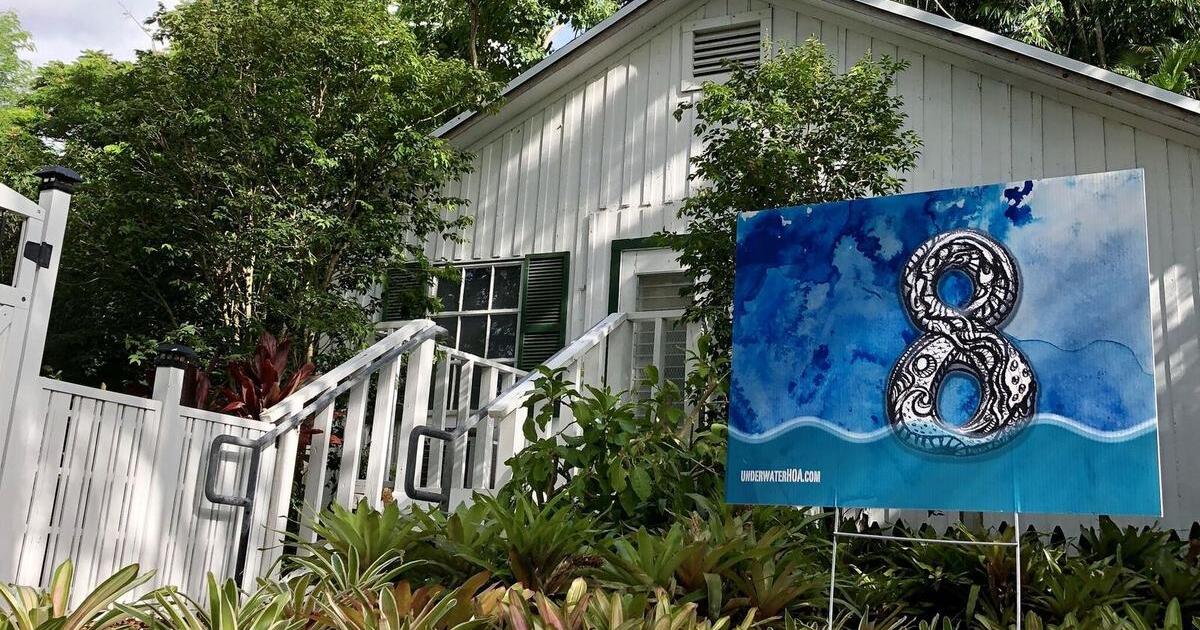 A newly created â€œunderwater owners associationâ€ held its first meeting on Wednesday in the village of Pinecrest. The group is made up of residents who wish to collectively tackle the problem of rising sea levels. It is also the finishing touch to a work by environmentalist artist Xavier Cortada.

â€œToday is the day I conceptually sign the painting,â€ Cortada said.

Cortada’s dream of creating a community capable of discussing the threat of sea level rise began months ago with colorful street art scattered throughout Pinecrest. Homeowners reused road signs and drew on the sidewalks, visualizing how many feet of seawater must rise before each property sinks. Cortada’s ultimate goal was to create the group of owners.

The meeting was held inside the Hibiscus Gallery at Pinecrest Gardens. The participants came from all over Miami-Dade and had various relationships with the rising waters. There were bloggers, politicians, scientists and even students in the audience, with properties as high as 18 feet and as low as 2 feet above sea level. One by one, they voiced their opinions. worries.

Carlos Garcia, a fisherman who regularly launches his boat from Matheson Hammock, told the association he had seen with his own eyes once dry areas now flooded with water.

â€œThere are places that are unrecognizable,â€ said Garcia, who lives in Coral Gables. Its greatest fear is that erosion from rising tides will damage necessary infrastructure.

Natalie Barefoot, a professor at the University of Miami who focuses on environmental justice, said it was important to include tenants in the Homeowners Association as well.

â€œWhen you talk about homeowner associations, you miss a lot of the vulnerable population who are actually tenants,â€ Barefoot said.

At the end of the meeting, the members were sworn in. The next meeting remains to be determined.

The Association of Catholic Schools will honor six inductees