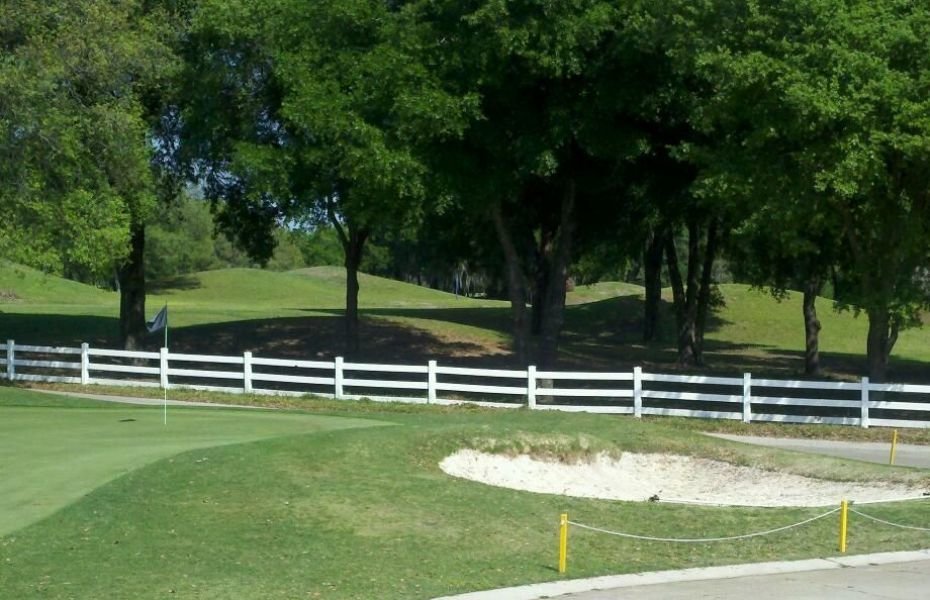 Apopka Mayor Bryan Nelson announced during the Mayor’s Report section of the March 2 city council meeting a potential land swap between the Rock Springs Ridge Homeowners Association and the Golf Group (homeowners of the old RSR golf course). According to Nelson, the HOA will trade a 51-acre parcel of land on Kelly Park Road known as the Gopher Turtle Conservation Area to The Golf Group, in exchange for the lands at the RSR Golf Course.

There is currently a conservation easement on the Kelly Park property by the Florida Fish and Wildlife Conservation Commission to protect gopher tortoises.

“We had a meeting with the Golf Group and with the HOA, and I think they came to an agreement,” Nelson said. “That’s obviously always subject to change. I just wanted everyone to know that.”

Nelson then went on to describe the future land swap in more detail.

“The Golf Group will pay the HOA $1.2 million. They will repair their clubhouse roof, clubhouse irrigation system, and repave the clubhouse parking lot. [the Golf Group] will develop the 51 acres they will transfer. They will have a 200 foot buffer from Sand Wedge Loop. Obviously… the town of Apopka will help facilitate the cleaning of the plan development documents so that we have just the… what we have built on the 51 acres will close the PUD inside Rock Springs, the current development of Rock Springs Ridge.”

Despite some false starts over the past year by RSR and the Golf Group, Nelson had remained optimistic about the proposed trade.

“Now I think that’s good news,” he said. “Challenges remain… the relocation of the gopher tortoise and how it is managed is yet to be determined. And I think probably the biggest… the most problematic area will be whether they can move the conservation easement from these 51 acres So I’m not saying it’s a done deal I wouldn’t even say it’s likely but maybe between possible and likely But I think the conservation easement is going to be the real rock stumbling block because the governor, who’s shown his environmental credits, is going to take a hard look at this. He has to approve this. So if we can get the conservation easement moved, get the gopher turtles moved, I think the rest should go into up. So that’s the update on the Rock Springs Ridge.”

Commissioner Kyle Becker wondered why the City was going this route again.

“Can I jump in for a second? Becker asked. “Why do we keep saying ‘clean the PUD’? Because it is not our responsibility to do so. And any changes to the PUD should be requested by claimants or landowners within that PUD. Correct?

“It will depend on what is submitted, but it will not be a city-initiated amendment,” he said. “However, one of the things the city can consider is whether there’s going to be a land use change in order…I mean, it’s up to the HOA group and the Golf group. if they intend to submit to change the land use of the golf course property to therefore convert it from its current residential land use to conservation or recreational land use. is only speculation as it will all depend on what will be put to the staff for review and then the staff to present to the Board for voting.”

“I just don’t want to repeat what happened almost a year ago,” Becker said. “We’re making comments that the City has some sort of involvement in this and we’re not at this point.”

Becker is referring to an April 2021 meeting at the Apopka Amphitheater attended by hundreds of RSR residents in which Nelson proposed a three-way exchange between the town of Apopka, the RSR HOA and the Golf Group. That deal never got past the proposal stage, but dragged on for months until Rodriguez shut down speculation at a workshop in November.

But at that meeting, Rodriguez again called on the Council to put the brakes on.

“It depends on a determined involvement,” Rodriguez said. “The City’s involvement is in the final approval.”

“The City’s involvement is to respond to a request made to the City,” Becker said.

“That’s what I mean,” Becker said.

“The end result of the transaction will still require an application to be submitted to the City, to be processed, to be reviewed, to be voted on, like any other property owner within the city limits.”

“Right,” Becker said. “I just want to be very final because people are watching this. Because we’re seeing it on a mayor’s update, it’s implying there’s some kind of city-run thing. But as a city, we we have no responsibility for this other than accepting a potential change request to this pitch otherwise we will not touch it.

“Okay,” Rodriguez said. “The City’s only role in this area now is the receipt, review and consideration of a Land Use Change Application, Development Agreement Change Application, Plan of siting, major development approvals, like any other applicant. That’s all the City does in that way. There’s what was discussed earlier. It’s a private land transaction that the City did not leave.