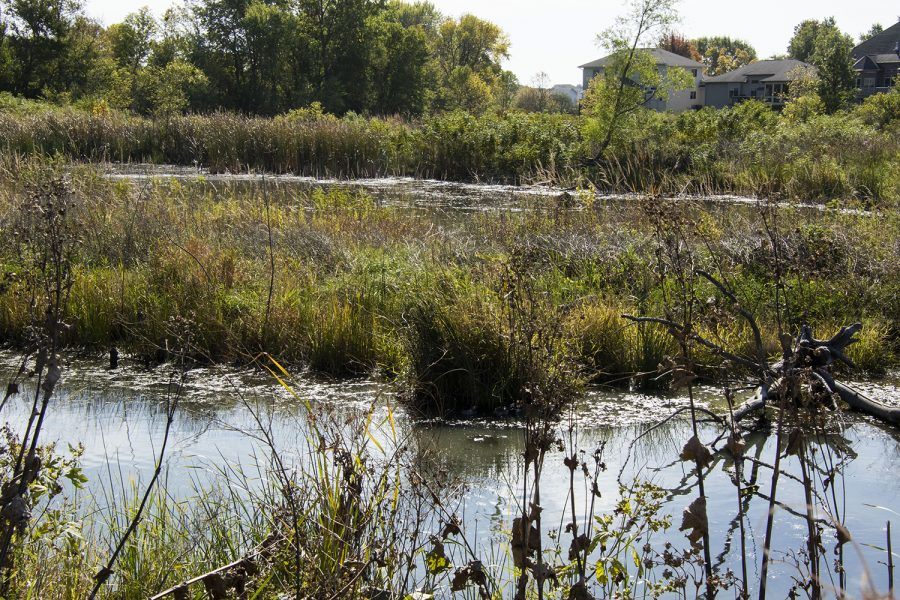 After numerous complaints from residents of the Village of Olde Towne regarding the condition of the wetland where the management facility is located, the town engaged MMS Consulting to research management alternatives.

Although the City of Iowa City has reaffirmed its position that the city is not responsible for the maintenance of the stormwater management facility located in the Olde Towne Village subdivision, it continues to receive complaints from residents. regarding the system that the appearance of the wetland is “an abomination and nuisance.

City Manager Geoff Fruin said in a memo sent to the Iowa City Council on Sept. 22 that staff continue to receive complaints from the association and area residents about the condition of the wetland where the stormwater management facility.

He said the agreement with the Olde Towne Village subdivision explicitly stated that the city had no obligation to maintain the facility.

“Staff’s position remains that the City has no responsibility for the maintenance or potential reconstruction of the stormwater management facility,” Fruin said in the memo. “However, we hope that through our efforts to resolve the wetland permit and create alternative stormwater management options, the Homeowners Association and the Commercial Owners Association can come together and determine their best path forward.”

According to the memo, the 33-acre lot sits on the eastern edge of Iowa City, south of Rochester Avenue, east of Scott Boulevard and north of Lower West Branch Road.

He said specific costs and alternatives will be presented later in the year.

“We are currently in the process of working with an engineering firm to come up with alternatives for the homeowners association to consider as they figure out the best way forward,” Fruin said during a briefing. telephone interview. “These options are not quite finalized yet, but once we get a few of these options, we will present them to the owners association in the hope that they pursue whatever action they see fit. best for their neighborhood.”

Fruin said ownership of the facility by a homeowners association is typical of Iowa City developments like Olde Towne Village.

The city’s senior engineer, Ben Clark, said the area had to undergo wetland mitigation measures when residential and commercial buildings were first developed on the property. He said some of the complaints he was aware of came from people who were unhappy with the way the wetlands looked.

City Engineer Jason Havel said the city’s primary focus is on ensuring water retention ponds like the one in Olde Towne Village don’t malfunction and cause flooding that could damage public property.

“We have detention pools all over the city that are maintained by private HOAs and often times, if done properly and over time, they usually aren’t a huge burden when it comes to maintenance,” Havel said. “Obviously this one is a bit more complicated, there’s a little backstory that goes with it. So, it’s a bit difficult, but I think the position of the city has remained constant.

Fruin said the memo to city council was to inform members of the interaction between the city and the homeowners association and that there was no upcoming action from council on the matter.