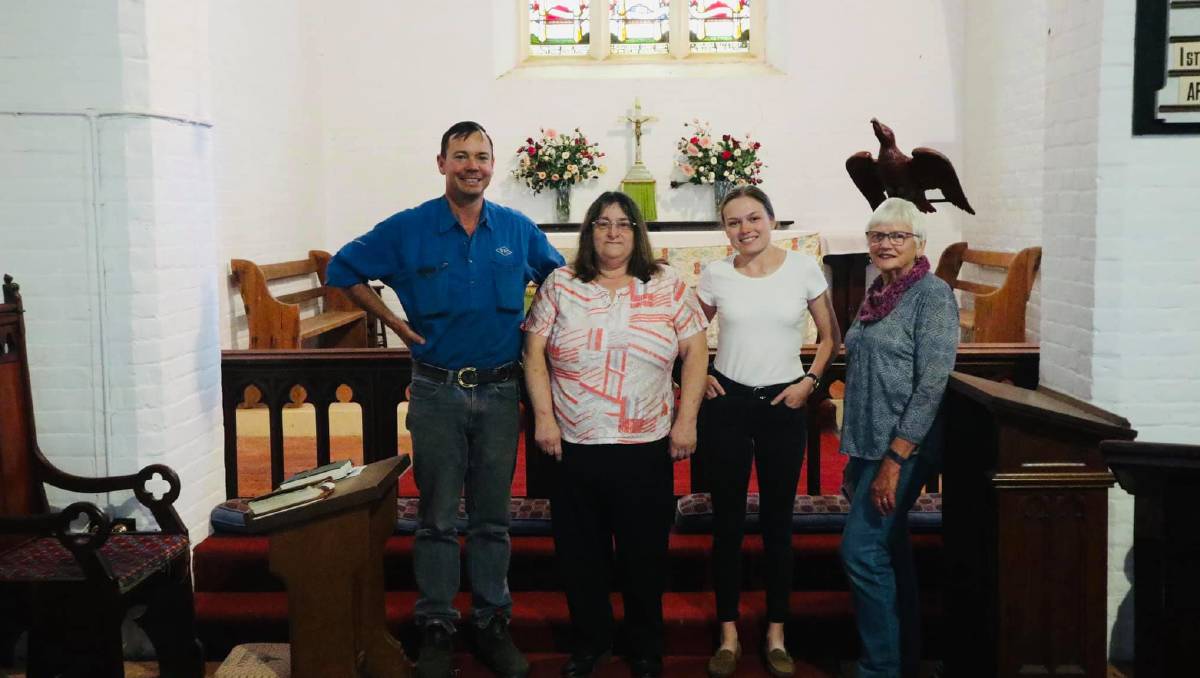 The battle to keep St Paul’s Church in Carcoar in community hands continues with the formal formation of the St Paul’s Carcoar Association.

The five directors reflect the building’s long history and the energetic and youthful spirit of its future.

George King, Gail Blowes, McKenzie Graham, Dawn Williams, and Ron Murray each have their own backgrounds with the church, but are all equally determined to see the building saved.

Mr King said the Anglican Diocese of Bathurst always has the final say on whether or not the community can buy it before it goes to market.

â€œThe diocese is meeting this week to discuss the formalization of the 90-day option that Bishop Mark said he would give to the community to raise the $ 400,000,â€ he said.

“It will be interesting to see if he keeps his word.”

Mr King said the association will soon be hiring paid members so the community can vote on how their association is run.

â€œOnce we open a bank account, we can start accepting donations which will be fully refundable if the purchase is unsuccessful,â€ he said.

“Administrators will pay all operational costs out of pocket so that all funds can be returned if the process fails.”

George the king is a 5th generation member of the Carcoar district with his family property “Coombing Park” paying for the construction of St Paul’s in 1849.

George’s ancestor is interned inside the building with several other members commemorated on plaques.

He is working to keep St Paul’s as a community chapel as it is a city foundation building representing the past, present and future of our special city.

His father was born in Carcoar in 1928 and was baptized in church, as were his brother and sisters.

Many of Gail’s family were married in St Paul’s, including her sister.

They have also held many funerals there over the years to bid farewell to loved ones.

Gail’s father passed away in 2017 and the family were able to say goodbye to him with a very touching service from Ron Murray.

Both parents, Gail and her sister Sharon, have cleaned the church for over 30 years as volunteers for the community of Carcoar.

Gail was born in Carcoar and has lived here her whole life.

She has now retired after 42 years at National Bank in Mandurama and Blayney has finished as a branch manager.

Gail says “It saddens me to see the total disregard for our heritage and our history. Once he’s gone, we can never get him back.”

McKenzie Graham is a local of Carcoar and has lived in Carcoar her entire life, her great-great-grandmother even got married in St Paul’s on 9e from January 1901, she is extremely passionate about preserving the historic value of Carcoar while moving forward into the future.

McKenzie would love to see Saint Paul’s bought by the community and then operated as a community facility for all kinds of events such as: baptisms, weddings, funerals and other celebrations.

She believes that St Paul’s is one of the charms of Carcoar that is most appreciated in the company of others and therefore should remain an asset to the community.

Dawn Williams is a tree changer from the southern suburbs of Sydney, with her husband Peter and two of their four children 30 years ago.

She worked with community nurses for 15 years before retiring.

Dawn has also been involved with many groups in the village, including the village association, the Show Society, and the Historical Society.

Ron murray was a Carcoar local until last year when he moved to Bathurst Road, despite the small move Ron has maintained his commitment to St Paul’s Carcoar which dates back to 1975 when he first attended St Paul’s.

Only three years later, Ron was appointed director in 1978, and then in 1995 he became an authorized lay minister, a position he still holds today.

Telangana government ensures it will respond to requests from school associations